Who Are Your Favourite Communicators? 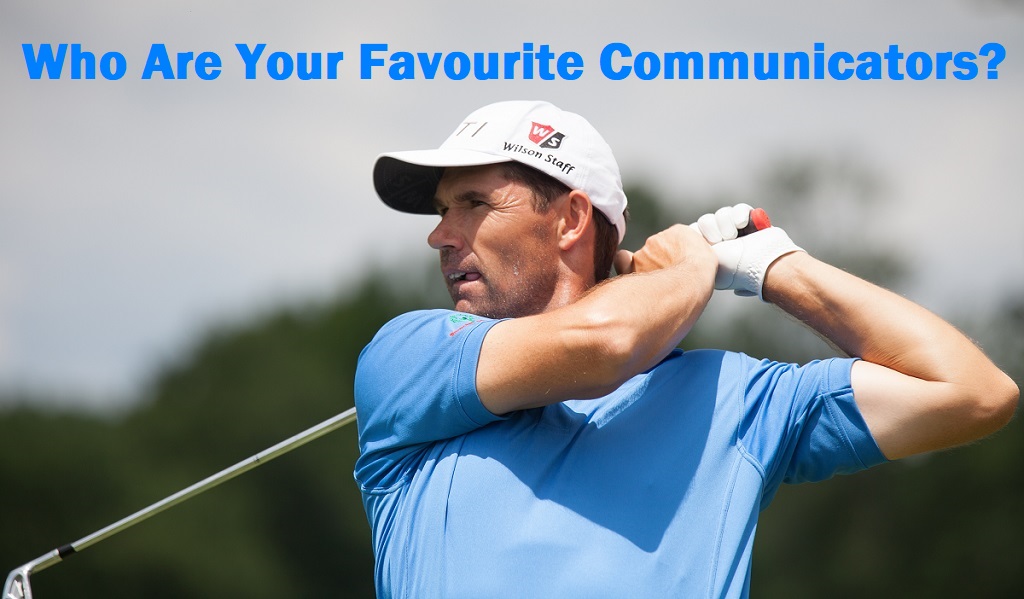 Have you noticed the number of job offers that are appearing on platforms in recent weeks and months? Things are looking up!

Padraig Harrington’s interview after the PGA was such a demonstration. Here is a man who is Irelands most successful sportsperson by far, three golfing majors and is currently Captain of the Ryder Cup team.

Yet he was honest enough to speak about his delight at playing an excellent round of golf with his close friend Shane Lowry. Telling us how much he’d enjoyed playing with Shane. And in particular, I liked his honesty to say openly how great it was to be interviewed after a round of golf and be acknowledged for the excellent golf he had played – a 69 on the most demanding golf course in America.

In recent years interviewers were more focused on acknowledging his past successes and his current role of Ryder Cup Captain.

Compare Padraig’s honest responses in this interview with the cliché riddled response we usually hear. Talking heads that speak, but say nothing that informs or adds value!

Well done, Padraig thanks for all the enjoyment you have provided to me and the Nation.

Here are the three requirements a good communicator must demonstrate.

Earned the right to speak on the topic: having come in sharing 4th place in a Major

Eager to share: in spite of being shy and nervous

Excited: look at the joy on his face when coming off the golf course

Other outstanding examples would be Ireland’s recent presidents. The change started with Mary Robinson’s vision for the role. This role was taken to another level by Mary McAleese. Thinking we could not do better, we now have Michael D.

All three have been a credit to Ireland and all three exhibited wonderful heart warming communication skills, each in their own way.

We will not all have the opportunity to be interviewed on television about our achievements. However, we will have many opportunities to speak, be it in a business meeting, presentations, or interview.

More importantly, in a conversation with someone you care for, please apply the three Es and your conversations will sparkle and add value.